9 Days in South Africa Part I

It was 10:30pm local time and our group of 21 passengers from the USA, had finally reached our Cape Town, South Africa hotel. Walking into the Commodore Hotel after 18 hours of flying from Washington, DC felt great. We were met in the lobby by a member of the hotel staff who greeted us with a tray of fresh fruit juice. Our room keys were ready and we were soon settled into our comfortable sleeping rooms. It was at this point, as I relaxed on the bed, that I finally gave some thought to all that it had taken to get there. Almost 1 year earlier, in November of 2010, I had booked this trip for a group of colleagues and friends from the state of Alabama in the USA. Over the following year, through months of planning, airline schedule changes, cancellations and other headaches, we had finally arrived in South Africa. Feeling tired but slightly euphoric, I could hardly sleep for the joy I felt in knowing that we had all arrived safe and sound, ready to begin what was expected to be a wonderful 9 day exploration of a country half a world away. I could not wait to get started!

Our first day in Cape Town started early. After a great buffet breakfast in the hotel restaurant, we all met in the lobby of the Commodore Hotel to meet Charl, our tour guide for the next 3 days. Around 9:00am we set off on our full day Cape Peninsula tour. Right away as we rode along on our spacious tour bus through the streets of Cape Town, I was amazed at the beauty of this lovely city on the west coast of South Africa. Cape Town is the second-most populous city in South Africa, and the provincial capital of the Western Cape. As the seat of the National Parliament, it is also the legislative capital of the country. Cape Town is famous for its harbor as well as the well-known landmarks of Table Mountain and Cape Point. 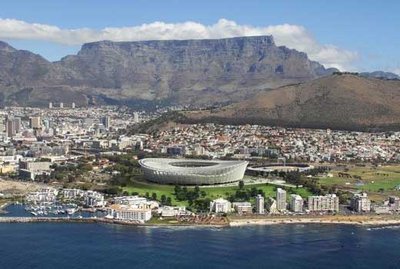 Today it is one of the most multicultural cities in the world, reflecting its role as a major destination for immigrants and expatriates to South Africa. As of 2007 the city has an estimated population of 3.5 million. Cape Town's land area of 948 square miles is larger than other South African cities. The discovery of diamonds in Griqualand West in 1867, and the Witwatersrand Gold Rush in 1886, prompted a flood of immigrants to South Africa. Conflicts between the Boer republics in the interior and the British colonial government resulted in the Second Boer War of 1899–1902. Britain won the war and in 1910, established the Union of South Africa, which unified the Cape Colony with the two defeated Boer Republics and the British colony of Natal. Cape Town became the legislative capital of the Union, and later of the Republic of South Africa.

Years later, in the 1948 national elections, the National Party won on a platform of apartheid (racial segregation). This led to the Group Areas Act, which classified all areas according to race. The formerly multi-racial suburbs of Cape Town were either purged of unlawful residents or demolished. Under apartheid, the Cape was considered a "Colored labor preference area", to the exclusion of "Bantus", or "blacks".

Cape Town was home to many leaders of the anti-apartheid movement. On Robben Island, a former penitentiary island 6 miles from the city, many famous political prisoners were held for years, the most famous being Nelson Mandela. From 1964 to 1982, he was incarcerated at Robben Island Prison, off Cape Town; thereafter, he was at Pollsmoor Prison, nearby on the mainland. During his years in prison, Nelson Mandela's reputation grew as an anti-apartheid leader. He was widely accepted as the most significant black leader in South Africa and became a potent symbol of resistance as the anti-apartheid movement gathered strength. He was revered for consistently refusing to compromise his political position to obtain his freedom. 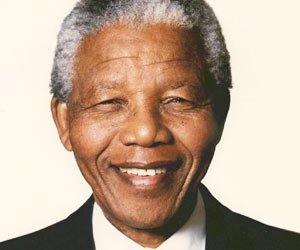 Nelson Mandela was released from prison on February 11, 1990. Mr. Mandela made his first public speech in decades on 11 February 1990 from the Cape Town City Hall hours after being released from prison, and the first democratic election was held four years later, on 27 April 1994. Nelson Mandela served as President of South Africa from 1994 to 1999. Since that time, Cape Town and much of South Africa has struggled with problems of huge differences in lifestyle, education, crime and other issues, however, there are also many great examples of civic pride and optimism to balance against these problems. Looking around the city, I could see people of all skin colors appearing to working together to make Cape Town a better place to live for everyone. Discovering the city's true diversity and spirit was part of what I hoped to find from my visit here.

With the beauty, culture and history of Cape Town in mind, I made my first video of the trip at our first stop on the Cape Peninsula Tour.

From this point, we began a wonderful day of sights and sounds and food that I will remember always!

Our group from Alabama gets ready to board our bus in Cape Town for the Cape Peninsula Tour. 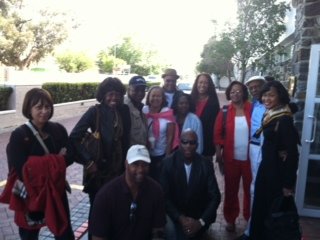 Coming Up, our group visits Hout Bay, an Ostrich Farm and The Cape of Good Hope on our Cape Peninsula Tour in South Africa.

Visit the "Travels With Gerri" You Tube Channel for more Travel Videos!