A Trek Thru the British Isles VIII-Glasgow Scotland

From my very first sail on a cruise ship back in 1990, I have always slept very well out at sea. The rocking motion of the ship as she moves across the ocean has worked better than the strongest sleeping pill. On the morning of our arrival in Greenock Scotland, the gateway to Glasgow, Scotland, I was dead to the world asleep in my cabin aboard the Crown Princess. Through a fog of sleep, I heard a strange whining sound that woke me up. It was early, before 8:00am local time and with the drapes closed, I could not tell if it were day or night. Mom was still asleep so I stumbled to the door leading to our balcony and stepped outside in my nightgown. That is when I recognized the sound of bagpipes! Grabbing my camera and a robe, I went to the ship railing and saw two men in Scottish regalia playing the bagpipes down on the dock. It was an amazing sight! What a fantastic welcome to Scotland! 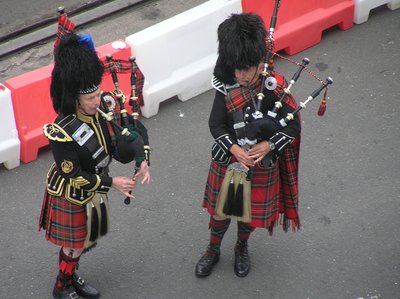 I stayed on the balcony for quite a while before getting dressed and heading up to the buffet for breakfast. Mom elected to stay in bed a while longer as we did not have a tour until after lunch. After breakfast I decided to take a walk into the town of Greenock to stretch my legs and take a look around. Leaving the ship I walked through the port gates and onto the sidewalk lining the street leading to the shopping mall. I wanted to pick up a few supplies including some over the counter pain reliever for Mom and some beauty supplies for me. It was a cool clear morning and the streets of the town were fairly quiet. With the exception of the cars and names of the stores, I could have been on the street in any town in the United States. 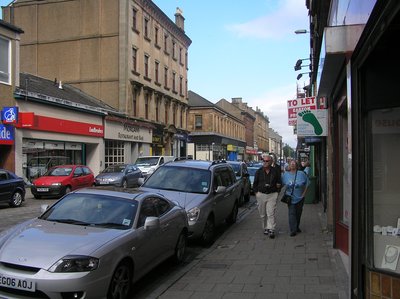 The Mall was indoors and had a wide selection of shops. I soon found a drug store or pharmacy that had everything that I was looking for. Standing in line to buy the over the counter pain reliever I looked around and listen to the local people making their purchases. Their lilting accents were lovely to hear. The clerk behind the counter bid me a friendly hello and asked if I had come in on the ship that morning. Saying yes, she noticed my accent as asked if I was an American and what did I think of Scotland so far. Looking back on that moment later on, I marveled at the one thing that I had noticed about the local people in Ireland and now in Scotland. Rather than being seen as Black or as an African American, I was seen by the local people as just another American visiting their country. Without exception, everyone that I met on this journey had been open, warm and friendly as well as very curious about the USA. I spent a few minutes talking to the clerk about my experience so far and she made sure that I knew all the important facts about the medication that I was buying. Bidding me a safe journey and a nice visit to Glasgow, the clerk waved goodbye as I left the store. It was a nice way to start the day.

Just after lunch we boarded our tour bus for the trip to Glasgow, Scotland. Glasgow is the largest city in Scotland and third most populous in the United Kingdom. The city is situated on the River Clyde in the country's west central lowlands. In the 18th century much of the tobacco trade between Europe and the USA was routed through Glasgow and provided a great source of wealth. Even after the tobacco trade declined in the 19th century, the city continued to prosper as a centre of textile manufacturing, shipbuilding, and the coal and steel industries. The 20th century witnessed both decline and renewal in the city. After World War I, the city suffered from the impact of the Post–World War I recession and from the later Great Depression. By the 1960s, a lack of investment and innovation led to growing overseas competition in countries like Japan and Germany which weakened the once pre-eminent position of many of the city's industries.

Today Glasgow is going through a long-term transformation, highlighted by the revitalized River Clyde, where visitors can explore Glasgow’s maritime heritage along the many Museums and galleries that abound in the city. There is culture and nightlife as well as beautiful architecture everywhere you look, though the city still shows the remnants of its industrial past in the very obvious layers of soot from coal mines that still cover many of the buildings. Our tour took us to the amazing Kelvingrove Art Gallery & Museum, through the streets and parks of the city as well as a walk around several churches and cathedrals. It was a lovely warm and sunny day. My camera got quite a workout as there was so much of interest to photograph. Mom and I purchased several authentic Scottish made gifts at the Kelvingrove Galley including jewelry and some wonderful bath gel and soap. We had a great afternoon in Glasgow. 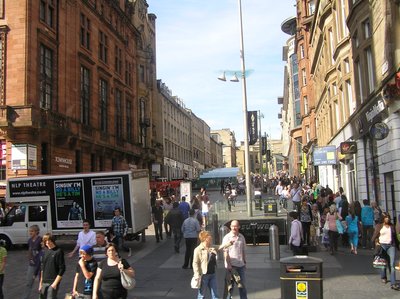 Glasgow park near the Kelvingrove Galley and Museum 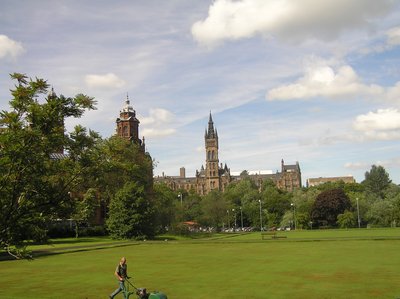 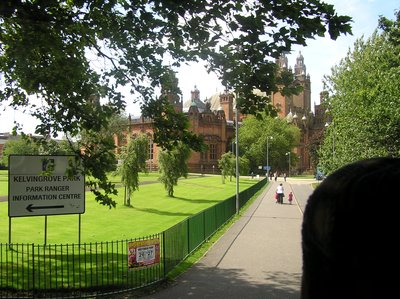 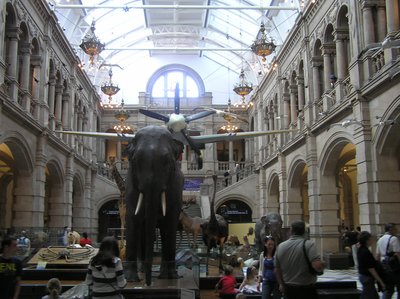 Glasgow Cathedral being cleaned of soot 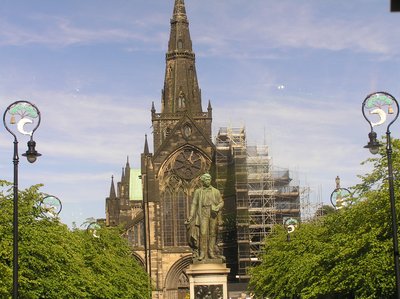 View of Glasgow square as seen from the tour bus 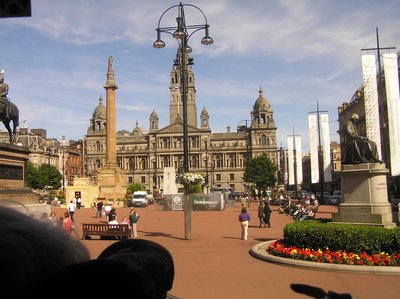 Returning to our cabin just before sailaway that evening, Mom and I decided to enjoy our final moments in Greenock from our balcony. Not surprisingly, another bagpipe band was on the dock beginning a goodbye concert. The music was great and we enjoyed it along with all the other passengers before the ship left port. 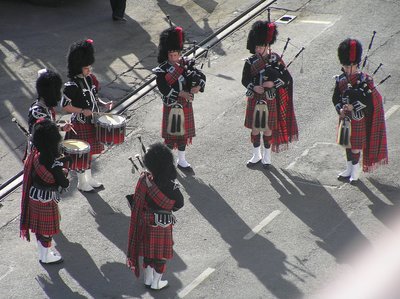 We stood out on our balcony for a long time watching the beauty of the coast of Scotland fade as we headed out to sea. It was so green and beautiful that I could not get enough of the view. The day had been wonderful and now it was time to go to dinner and compare our visit with that of our dining companions. My first taste of Scotland had been wonderful and I was looking forward to our visit to the Scottish Highlands and the mysterious Loch Ness the next day!

Beautiful coast of Scotland from our balcony on the Crown Princess 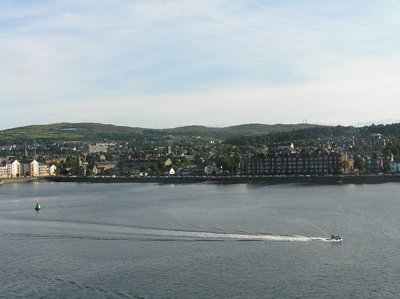 Next up we visit Inverness, Scotland and I take a trip though the Scottish Highlands to Loch Ness to see if I can spot the famous Loch Ness Monster!