A Trek Thru the British Isles VII-Belfast, NI

An Enlightening Visit to Northern Ireland

Belfast Northern Ireland was for many years a place known for violence and discord among members of its diverse population during the times called "the Troubles" a period of ethnic and political conflict in Northern Ireland. The principal issues at stake in the Troubles were the constitutional status of Northern Ireland and the relationship between the Protestant unionist and the Catholic nationalist communities in Northern Ireland. Today, Belfast has been revived after a period of calm and is now free from conflict and destruction. It has become a beautiful Victorian city with green rolling hills and a modern cityscape with hip boutiques and chic stores.

The largest city and the capital of Northern Ireland, the city of Belfast has a population of 267,500 and lies at the heart of the Belfast urban area, which has a population of 483,418. Belfast has been the center of Irish Linen making and ship building. The city's main shipbuilders, Harland and Wolff, which built the RMS Titanic, propelled Belfast on to the world stage as the largest and most productive shipyard in the world. The ship building history of Belfast was readily apparent from my first view of it from my balcony on the Crown Princess at the pier. Large cranes and scaffolds were all along the dock and the city could be seen not too far away. 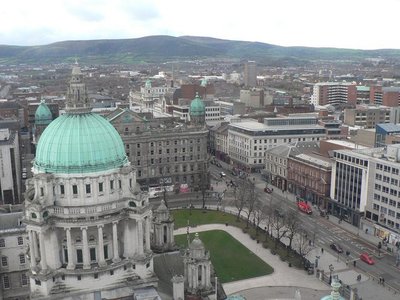 Leaving the ship that morning, Mom and I headed to our excursion transportation for our "Easy Belfast" tour that would give us an overview of the city. I liked our tour guide right away. He was friendly and outgoing and eager to tell us all about his home and its history. Leaving the port we drove through the city streets and I immediately noticed how clean and green everything was. The roads were paved and in great condition, the downtown area had lots of beautiful buildings and shops. I was very impressed. I had no idea what to expect, having known nothing about Belfast but it's history of unrest and political strife. All around me there was nothing but a beautiful, busy city with lots of friendly people. Our first stop on the tour was at the Queens University where our guide took some time to point out the lovely architecture and history of the university. While he was talking, I took some quick videos to capture the scene and the feeling of Belfast.

From the University we walked down the street to the Botanical Gardens for a short walk around before heading back to the tour bus. Our next stop was a beautiful park with expansive views from the government building that sat high on a hill. From that point we could see for miles and the view was terrific! 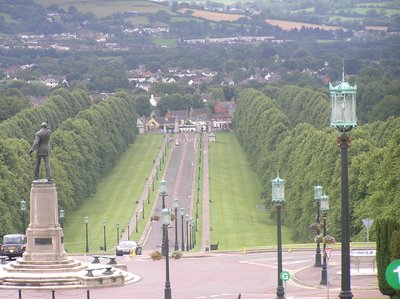 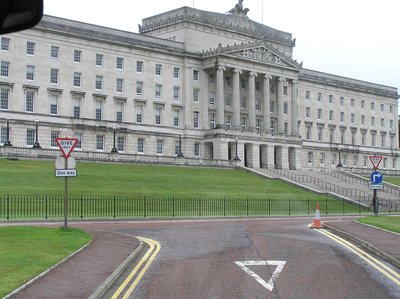 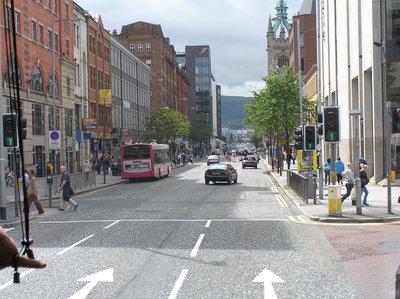 The Beautiful Green Hills of Belfast 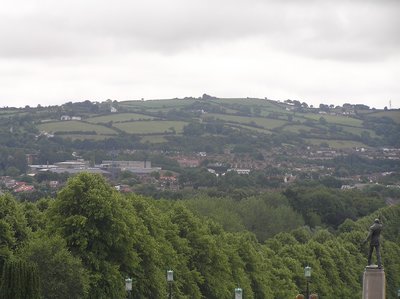 Our next stop turned out to be my favorite, the historic Belfast Castle. The first Belfast Castle was built by the Normans in Belfast city centre in the late 12th century. A second castle, made of stone and timber, was later constructed by Sir Arthur Chichester, Baron of Belfast, on the same site in 1611. It burned down almost 100 years later, leaving only street names, such as Castle Place, to mark its location. In 1862, the third Marquis of Donegall, a descendant of the Chichester family, decided to build a new castle within his deer park, situated on the side of Cave Hill in what is now north Belfast. When the Marquis died in 1884, the castle and its estate passed to Lord Ashley, the seventh Earl of Shaftesbury. The castle remained with the family for many years, before they eventually presented it and the surrounding estate to the City of Belfast in 1934. Today the castle is the site of many weddings, conferences and social events. At the time of our visit, there was an actual wedding going on. Looking at the beautiful grounds and views I could see why any bride would want to be married there. 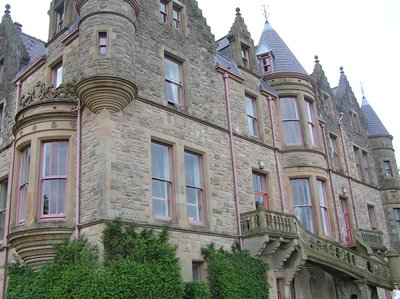 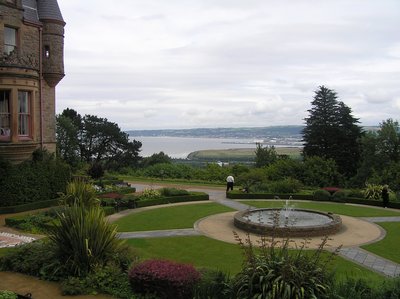 The Crown Princess as seen from Belfast Castle 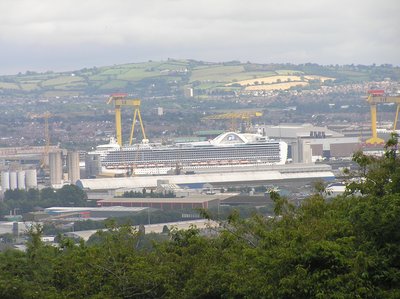 A New Bride at Belfast Castle 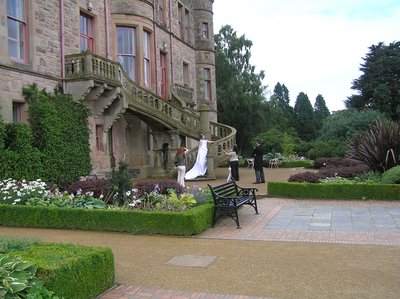 Returning to the ship at the end of our tour I reflected on how much I had learned about Belfast and Northern Ireland in general. All of my preconceived notions about this part of the world were now gone, and in its place was an understanding and an appreciation for this country and its people. It had been a great day!

Next up, we leave Ireland and head to Scotland for the next part of our 12 Day British Isles Cruise!

Hi Gerrilyn,
I am a fellow Dream Vacation Planner. I found your blog and have a client want to book this itinerary. His questions which side of the ship is it best to be on for the best scenery and it the scenery spectaculor like Alaska where he would be sorry not to have booked a balcony. I look forward to your response.

While getting a cabin on the Port side does not always guarantee a view of the Port, I always book a Port side cabin on my cruises because 90% of the time, you will have a great view of the port. We were on the Port side for this cruise. For Alaska, if northbound, then a Starboard side cabin will get you great views of all of the ports except Skagway. I hope this answers your questions!