A Trek Thru the British Isles V-Cobh & Liverpool

Shopping and Lunch in Blarney, Ireland and a visit to Liverpool, England

Cobh Ireland is a seaport town on the south coast of County Cork, Ireland. One of the major transatlantic Irish ports, Cobh was the departure point for 2.5 million of the six million Irish people who emigrated to North America between 1848 and 1950. On April 11, 1912 Queenstown was the final port of call for the RMS Titanic as she set out across the Atlantic on her ill-fated maiden voyage. 123 passengers boarded the Titanic in all; only 44 survived the sinking. Cobh was also a major embarkation port for men, women and children who were deported to penal colonies such as Australia. Another notable ship associated with the town is the Cunard passenger liner RMS Lusitania, which was sunk by a German U-Boat off the Old Head of Kinsale while en route to Liverpool in on May 7, 1915. Some 1198 passengers died during that disaster, while 700 people were rescued. The survivors and victims were brought to the town of Cobh, and over one hundred lie buried in the Old Church Cemetery just north of the town. The Lusitania Peace memorial is located in Casement Square opposite the arched building housing the Cobh Library and Courthouse.

The morning we docked in Cobh were greeted with misty skies. A light drizzle had begun to fall as I headed up to the buffet for breakfast. As leery of rain as an indoor cat, I planned many of our shore excursions for the afternoon in order to avoid the possibility of rain as much as possible. However, after seeing the beautiful hills of Cobh, I wished I had planned for an all day tour that included a detailed look at Cobh. This picturesque village was stunning, even in the misty rain.

A View of Cobh from the bow of the Crown Princess 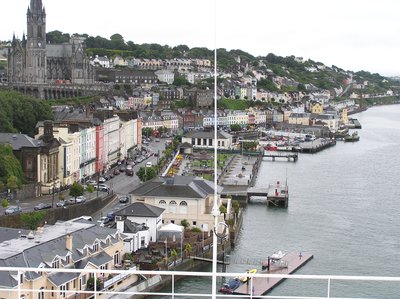 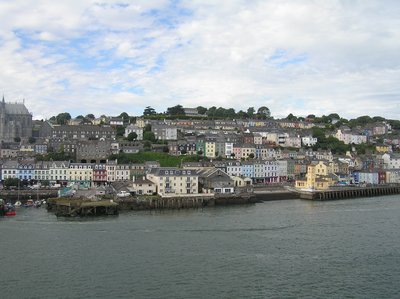 By the time we left the ship for our tour the rain had evaporated and the sun had come out. It was a beautiful day. Our tour bus drove us through downtown Cobh before we headed out to the Irish countryside on our way to Blarney Woolen Mills in the town of Blarney, Ireland. Yes, Blarney is the town associated with the Blarney Stone and Blarney Castel. When I selected this tour, I had to decide between a visit to Blarney Mills or Blarney Castle as there was not time to visit both. After doing lots of research, I decided to visit the Mills to do some shopping and have lunch, rather than fight the crowds at the Castle and the lines of people waiting to climb a ton of stairs to go to the top of the castle to kiss the Blarney Stone. I decided that as I had made it all the way from Alabama to Ireland, I was not short on luck and did not need to fight my fear of heights to kiss a stone. 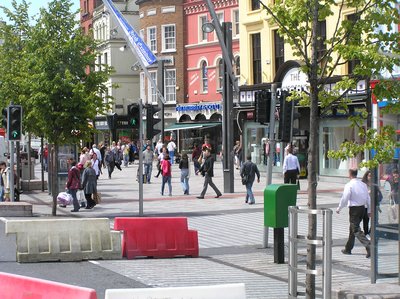 The Streets of Cobh 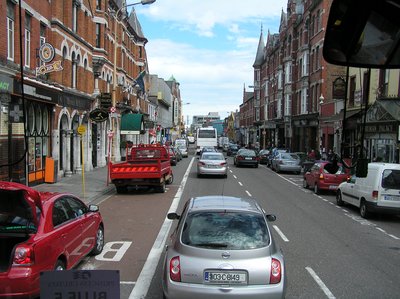 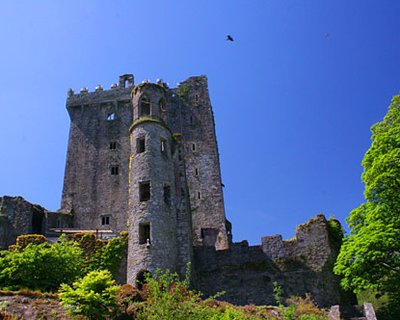 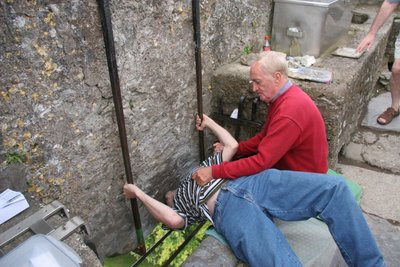 Blarney Woolen Mills in the picturesque village of Blarney, is a 30,000 square foot retail store housed in one of Ireland's oldest and most authentic Irish woolen mills. There is a bar, restaurant and hotel also located on the site. We arrived around lunchtime and I could hear Irish music playing as we stepped off the tour bus. Feeling hungry we decided to have some lunch before shopping in the Mills store. The food in the restaurant was served buffet style and it was hard to make a choice. Mom and I decided on some authentic Irish Stew and an Irish Coffee to top it off. What a fabulous choice! The stew was rich and delicious and the Irish Coffee was delicious and gave us just enough of a buzz to get us relaxed before shopping. 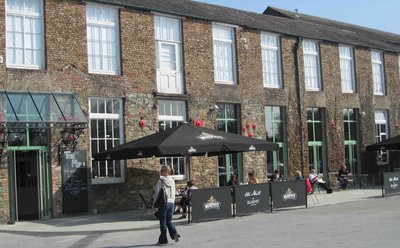 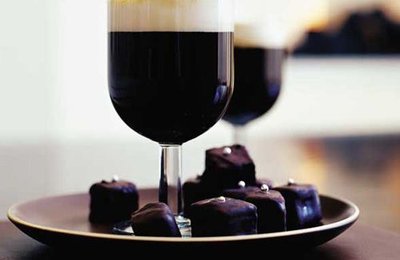 After Lunch we did some serious shopping! There was so much to choose from in the Mills Store that it made me dizzy. After an hour or so, we finally completed our purchases and boarded the tour bus for the trip back to Cobh and the ship. It had been a lovely day in the Republic of Ireland and I was sad to leave as I watched the shoreline fade away from our balcony. There simply had not been enough time to see it all, so hopefully I would be able to return one day.

Our next port of call was Liverpool, England. To say that I was surprised at the sight of this bustle ling modern city would be an understatement. Docked practically in the middle of town, my view of Liverpool was an awesome sight! Instead of the small town that I had envisioned, Liverpool was quite the opposite. It was a large, cosmopolitan city with fabulous shops, restaurants, hip hotels and trendy wine bars. There were also world class cultural offerings such as museums, art galleries and cathedrals. Known around the world as the birthplace of the Beatles, the city payed homage to the band everywhere you looked.

Video of my first view of Liverpool, England 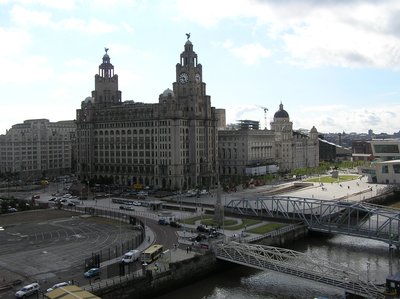 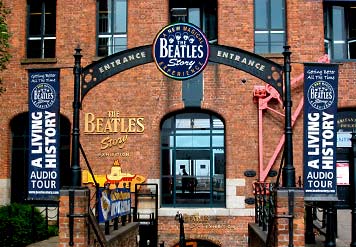 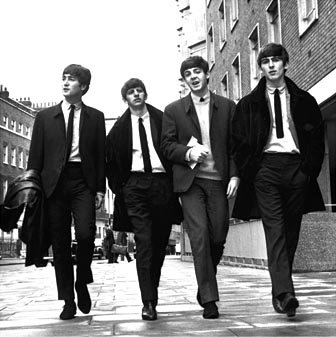 With warm sunny weather and a lot of sights to see, I looked forward to our all day tour of Liverpool!

Next up, part II of my visit to Liverpool, England.

Hi Gerri! As usual I love your blog

Ireland and England are in our bucket list...love the video clips. You made me laugh about your Irish coffee buzz to get you ready for shopping. Sounds like my Mom and me!

Thanks Tanja!
I really loved Ireland and Liverpool.
Yes, that Irish Coffee definitely put us in the mood for shopping! It was sooo good! Thanks for reading and your support of my Blog!